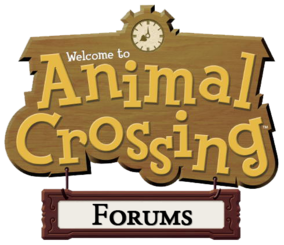 The moment you have all been waiting for, the beta release of ACF. As you will see we are still changing everything including the wiki and the main site. Please feel free to take a look at the forum and start posting. The Beta will last 2 weeks with lots of changes happening every day! Finally the address www.animalcrossingforums.x10.mx !!!
Log in
Navigation

Our users have posted a total of 1702 messages in 156 subjects
Who is online?
In total there is 1 user online :: 0 Registered, 0 Hidden and 1 Guest

While the actual date of the Internet's birthday is somewhat debated, many say that the Internet was born 40 years ago today at the University of California, Los Angeles, when a computer to computer message was sent for the first time from the UCLA campus to Stanford.

At the time, Leonard Kleinrock and his colleagues were charged with developing the Advanced Research Projects Agency Network (or ARPANET), a government-funded research project in global computer communications that eventually grew into the Internet.

On Sept. 2, 1969, Kleinrock and his team succeeded in getting two computers to exchange data over a network for the first time, creating the first node of what we now know as the Internet. Some consider that to be the Internet's first moment of life.

But Kleinrock considers his team's feat 40 years ago today to be "the first breath of life the Internet ever took." The message he intended to send to Stanford was "login" but Kleinrock was only able to type "lo" before the system crashed. On his second attempt, the message went through successfully.

In honor of the occasion, Kleinrock and his colleagues are celebrating today with a day-long event featuring speakers and panels on UCLA's campus.


ABC News Photo Illustration
Internet Turns 40 Today? Or Does It?
Sept. 2 and Oct. 29 Both Considered Internet Birthdays
It's hardly surprising that a system so complex has a hard-to-pin-down date of birth and many say either date suffices.

"It's valid to consider either one because each involved transmission between computers," said Michael A. Banks, a technology writer and author of "On the Way to the Web: The Secret History of the Internet and Its Founders."

Since its academic beginnings, the Internet has come a long way, revolutionizing nearly every aspect of human interaction.

In honor of the occasion, here's a walk down memory lane and a look at some the Internet's most significant milestones.

1971 Ray Tomlinson, an engineer with BBN Technologies, sent the first network e-mail, choosing the @ symbol to separate the user's name from the host computer name.

Why? "Mostly because it seemed like a neat idea," he has said.

ARPANET Goes Global, Grows Into the Internet
1973 ARPANET goes global with two international nodes, one in the U.K. and one in Norway.

1979 CompuServe and The Source offer the first online services. Users paid an initial fee and then hourly fees to read news or financial information or read news or chat.

These services marked a "really big step" in bringing consumers ? not just academics and government officials ? online, Banks said. Although the users couldn't communicate with users of other networks or access information hosted on other networks, they still formed some of the first vibrant emerging online communities.

1980 CB Simulator, the first online chat service, goes online. The service was hatched by CompuServe and was named after the Citizens' Band radio, an extremely popular radio service that let individuals communicate via radio over short distances.

"Lives were changed immediately. People stayed online longer and later, fascinated with the ability to interact with several people at once," Banks writes in his book, "On the Way to the Web." "The online world and its denizens took on a new aura of reality, and the online experience grew far more entertaining and unpredictable."
_____________________
[ACF Administrator]

Can't believe I was gone for so long. :(